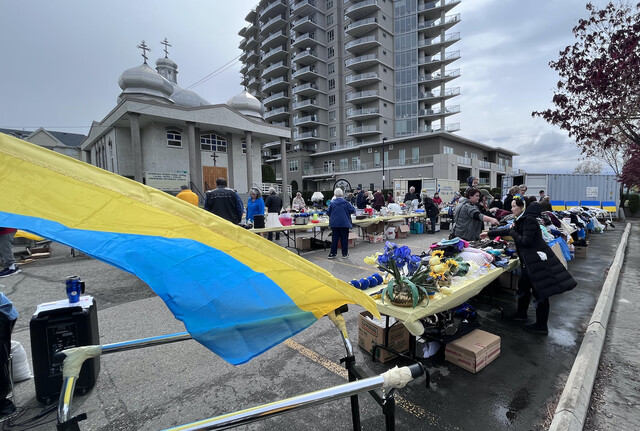 The Kelowna organization supporting Ukraine’s fight against Russia has raised more than $270,000 in the past two months, and they’re hosting their second yard sale Saturday to continue the fundraising efforts.

The funds raised so far have been used to purchase supplies for Ukrainian soldiers, like body armour, gloves, knee pads and medical supplies, in addition to helping Ukrainian refugees who have recently arrived in Kelowna.

Saturday’s yard sale fundraiser is running until 2 p.m. in the parking lot of Sts Peter and Paul Ukrainian Orthodox Church, at 1935 Barlee Road. Members of the community have donated all sorts of items for the sale, the majority of which are being sold by donation to help raise funds for Kelowna Stands With Ukraine.

The organization held a similar yard sale back on April 2, which raised more than $10,000.

Denys Storozhuk, president of Kelowna Stands with Ukraine, says he never expected the response he’s received when he started the group back in February.

“It grew like a snowball,” he said, adding there are more than 60 volunteers now involved.

The Ukrainian-born Storozhuk organized his first rally in support of Ukraine on Feb. 24 outside of Kelowna City Hall, after watching news coverage of the Russian invasion of his home country.

Over the past two months, Kelowna Stands With Ukraine have shipped dozens of boxes to Ukraine with needed supplies.

Storozhuk says about half of the money they’ve raised has gone to the purchase of body armour, which is manufactured in Quesnel at Milburn Mountain Defense.

“We are getting very good feedback [about the body armour] from Ukraine,” Storozhuk said. He’s even received photos from Ukrainian soldiers showing Russian bullets embedded in the Quesnel-made body armour.

Storozhuk says there are now about 15 Ukrainian families who’ve arrived in Kelowna after fleeing their country, and Kelowna Stands With Ukraine is working to support them. In fact, Storozhuk was on his way Saturday morning to drive two Ukrainians who’ve recently arrived in Kelowna to a job interview .

“As more people arrive we will shift our focus more and more to refugees, including financial support. But more we try to focus on mentoring them and helping them to settle down and matching them to free accommodations that have been provided by locals, and to job opportunities,” he said.

Those interested in supporting Kelowna Stands With Ukraine can send money by e-transfer to ukrainekelowna@gmail.com, or cash can be dropped off in person at Norm Letnick’s MLA office at Highway 33 and Asher Road in Rutland.

The United Nations reports that since Russia invaded in late February, more than 5.4 million Ukrainians have fled their country, the majority of whom have gone to Poland.

No comments to show. 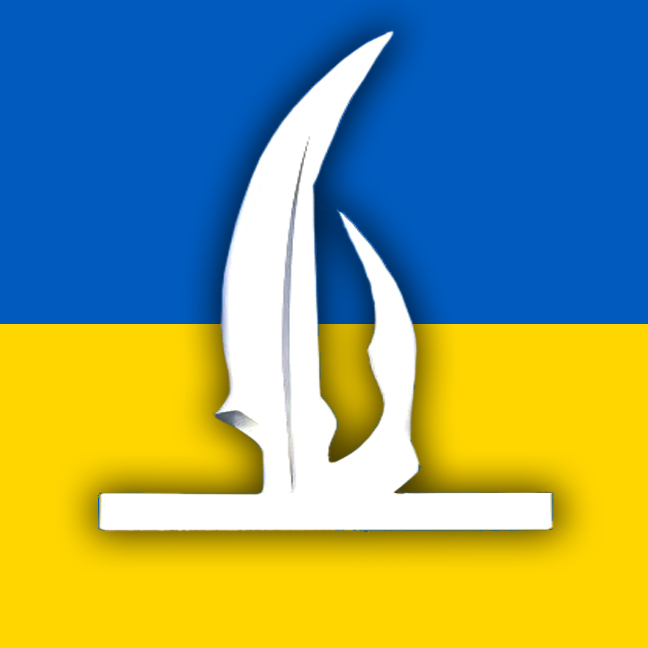 Education Health
for Every Child